Iaso Therapeutics, Inc. is a start-up company spun out from Michigan State University. The company was founded in 2018 by Dr. Xuefei Huang. Dr. Huang is a MSU Foundation Professor jointly appointed in the Department of Chemistry and the Department of Biomedical Engineering, Michigan State University. In addition, he is a member of the newly formed Institute for Quantitative Health Science & Engineering. With over 25 years of experience, his research program is focused on the development of novel technologies for next generation vaccines, including vaccines targeting both cancer and infectious diseases. Iaso Therapeutics, Inc. aims to translate the cutting-edge technologies developed in the Huang laboratory to promote human health and treat diseases.

Are you interested in partnering with Iaso? We seek co-development partnerships and sublicenses that leverage our platform’s capabilities, such as its rapid candidate selection, faster drug development and potentially higher success rates for a wide range of vaccines.

Before joining the Iaso team, Mr. Forgey was ONL’s Vice President of Operations. This is his 4th life science startup. Previously, he was the co-founder and President of ProNAi Therapeutics, an oncology therapeutics company. ProNAi is now traded as Sierra Oncology on the NASDAQ.

Mr. Forgey received his Bachelor of Science in Biology and his Master of Science in Genetics from the University of North Dakota. Subsequently, he received his MBA from Olin’s School of Business at Washington University St. Louis. He has worked as a research scientist and scientific operations manager for Searle, Pharmacia, and Pfizer. 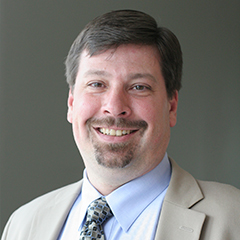 Dr. Xuefei Huang is Iaso’s founder and CSO. He received his B.Sc. degree in chemistry from the University of Science & Technology of China in 1994. He earned his Ph.D. in 1999 from Columbia University, New York, and was a Postdoctoral associate at The Scripps Research Institute from 1999-2001 and at Columbia University from 2001-2002.

Dr. Huang is an MSU Foundation Professor at the Departments of Chemistry and Biomedical Engineering, Michigan State University. His research interests are focused on cutting edge carbohydrate chemistry and biology. A major aim is to investigate novel approaches to boost immune responses for next generation vaccines. In addition, his group is developing new methodologies for synthesis of complex glycans and glyco-conjugates, and interfacing carbohydrate chemistry with nanotechnology for molecular imaging and targeted drug delivery. He is excited to translate the vaccine technologies from bench to bedside through Iaso.

Dr. Herbert Wanjala Kavunja is Iaso’s Chief Scientist. He is responsible for the overall lab operation and specific lab administrative duties. As a lead scientist, he has worked to validate the commercial potential of Iaso’s mutant-bacteriophage Qβ vaccine platform technology by demonstrating its superiority to commercially available carrier platforms. Dr. Kavunja has expertise in synthetic organic chemistry, chemical biology, vaccinology, and nanotechnology. 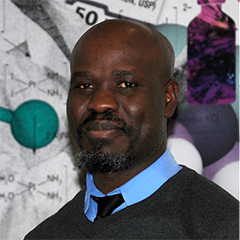 Over the last few decades, we have observed renaissance in the research of vaccine development, leading to the vaccine against polio, measles, mumps, and rubella. It reaches the summit during the development of COVID-19 vaccine which happened in a record-breaking time, saving millions of lives. As a graduate student, Mr. Maity was enthralled by the research and innovation in vaccine development to meet real public health needs. Iaso therapeutics is devoted towards this goal to treat life-threating diseases including cancer and microbial infection, thus acts as an exciting platform to be part of it. Currently at Iaso, he is interested in developing effective vaccine against Salmonella infection. 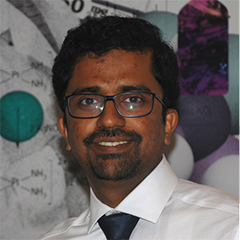 Dr. Rachel Moszyk is Iaso’s Biology Research Scientist. Dr. Moszyk has expertise in life science, immunology and biology. She is excited to continue the work of translating the mQb bacteriophage platform into novel vaccines.

Dr. Moszyk received her B.Sc. in Cellular and Molecular Biology from the University of Michigan. She then went on to complete her Ph.D. from Washington University in St. Louis in Jeffrey Bednarski’s Laboratory studying the role of the DNA damage response in developing B cells. 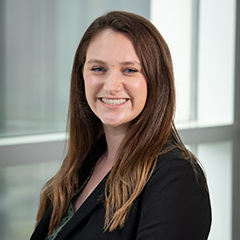